U Pick Pumpkin Patch and Roasted Squash and Garlic Spread

It was raining pretty hard last Saturday when we went to the pumpkin patch after the farmers market. The field was so muddy they weren't letting cars in past the gate as 2 were already stuck and waiting to be towed out. We walked in. I didn't care, I'd never been to a pumpkin patch before. 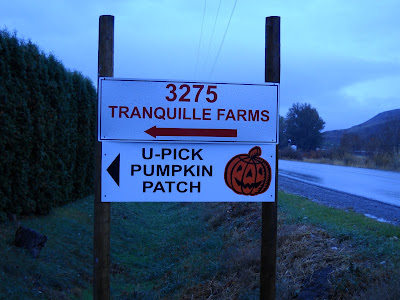 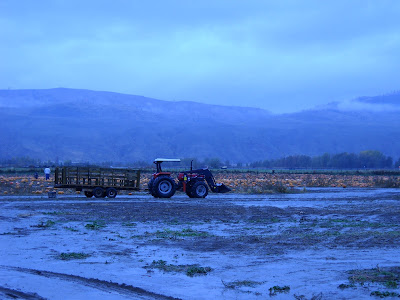 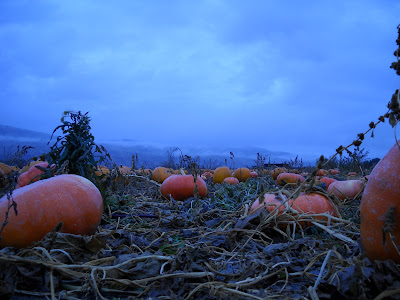 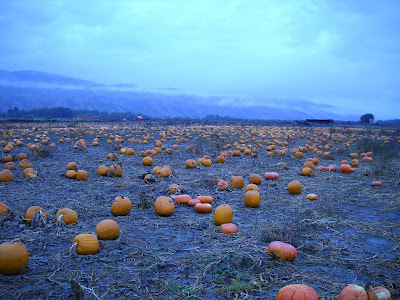 After we got home and changed out of our muddy clothes I made us a snack. It was supposed to be a bruschetta of squash - I envisioned cubes of roasted squash tossed with a dressing, piled on bread. But it's been a while - since last winter - since I've attempted to cut into whole squashes. I had 2 small ones from the farmers market the week before and by the time we got them hacked into manageable pieces I knew there was no way this was going to be as pretty as I'd hoped. But looks don't matter as much as taste and this was pretty darn good. 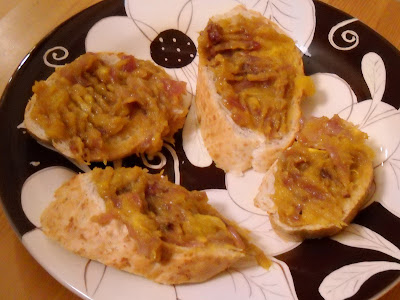 I baked my squash pieces with chunks of red onion and unpeeled garlic cloves, all tossed with some oil and salt and pepper. When the squash was tender and the onions nice and soft, I let them cool briefly, then chopped up the onions and mashed the squash (rind removed). I squished the roasted garlic out of their papers and mixed them with some oil, balsamic vinegar and honey. Then I stirred the dressing into the squash, and slathered it on the bread.

What a refreshing change!! This time of year, I associate pumpkin (and squash) with sweet, not savory. This looks excellent.

I love pumpkin! This post is gorgeous! I will come back again
CookingMama (from Italy)
http://cookingmama.myblog.it

Eerie gorgeous pictures! Wonderful to see them like that.