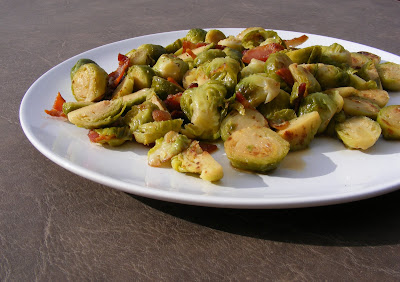 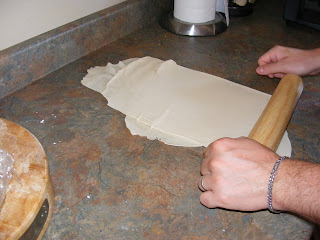 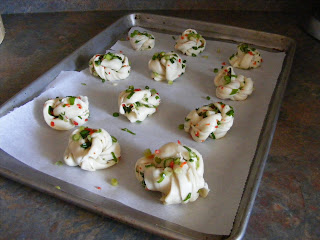 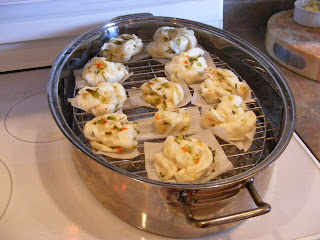 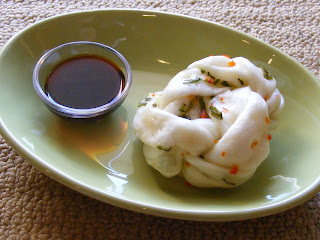 Bring a wok or saucepan of water to the boil with a bamboo steamer sitting on top. Remove the bamboo steamer lid and place the buns on the paper in the steamer 3-4 cm apart to allow for expansion during steaming. Replace the steamer lid and steam for 20 minutes. Repeat until all the buns have been steamed and are firm to the touch.
Posted by Sara at Thursday, September 24, 2009 11 comments:

Things are going pretty well over here. I recently had a doctor's appointment and all was proclaimed good, including that I don't have gestational diabetes (YAY), and my blood work was all good, except that my iron levels are "acceptable but low". I did a search on the internet yesterday before work for some iron rich foods but was coming up with only creepy lists that included whale and seal meat. I twittered (of course I did) what I was looking for, and when I got home that night I saw I had some responses from some very helpful people, suggesting leafy greens, red meat, beans and beets. So we had a big salad for dinner and after dinner I checked out the cupboards for what would be for dinner the next night and we had about 10 cans of beans, and I knew right away what to make -
Mexican Black Bean and Roasted Pineapple Bowl from Everybody Like Sandwiches.

Now who wouldn't like rice and beans and pineapple and salsa all layered together? Only a fool, I tell you.

We made the salsa with tomatos from the garden. 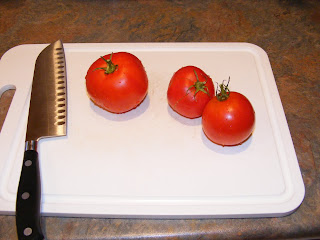 How good does this look? 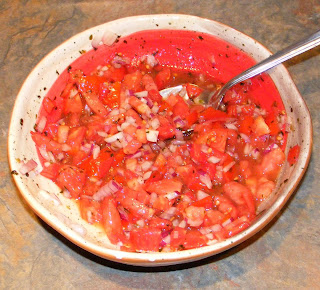 The iron rich beans were sauteed with onion and bell pepper and spices. The pineapple, which should have been fresh and roasted, was canned and warmed in a pan. But still good. We topped the beans rice and pineapple with the fresh salsa and sour cream. I skipped the cheese on mine. 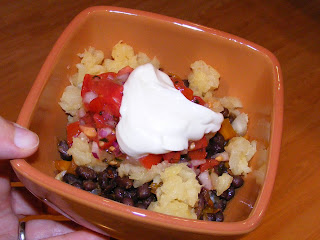 So delicious and good for you! Give Jeanette's recipe a try, you'll love it.
Posted by Sara at Monday, September 21, 2009 17 comments: 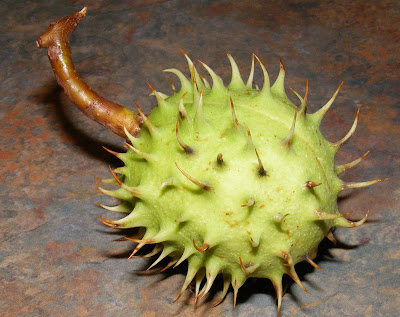 Back a few posts I shared with you that we'd made some freezer pickles that would be ready after chilling out for 3 weeks.

Time's up and I've pulled a bag out of the freezer. 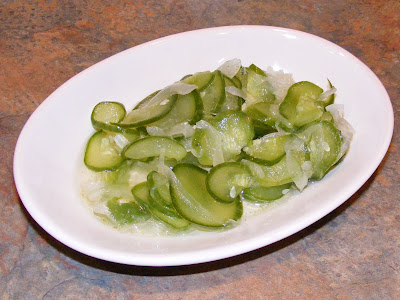 These are really nice, turned out better than I expected. The texture is good, and the taste is a combo of sweet and salty. Interesting and delicious. This recipe is a keeper!

Toss the cucumbers onions and salt together in a large bowl. Cover and let sit for 2 to 3 hours.
Rinse the cucumbers very well. Squeeze handfuls of cucumber to remove excess water.
Put the cucumber/onions into freezer bags or freezer containers. Stir the vinegar and sugar together until the sugar is dissolved, and pour over the cucumber/onions.
Freeze at least 3 weeks before eating. The longer the pickles sit, the sweeter they will be. Thaw in the refrigerator before eating.
Posted by Sara at Saturday, September 12, 2009 11 comments: 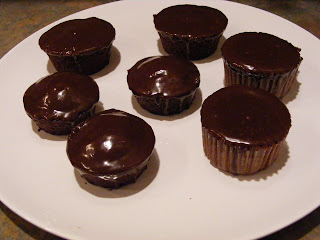 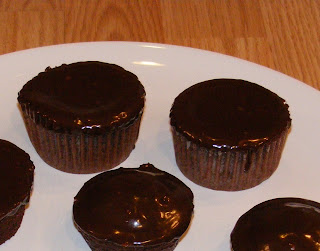 oh what a world

We came back from Calgary on Monday. A sad trip - the funeral of Scott's beloved Nana. The trip was hard, made even more difficult for me (and poor Scott) by my new pregnancy induced level of emotion. But there were some happy moments - seeing family and friends after nearly 2 years, introducing my baby bump to Scott's Mom for the first time. Spending lots of time with our wonderful and weird little nephew, who will turn 3 around the time his cousin is born.

As we drove home on Monday the skies were blue and cloudless, we were surrounded by beautiful green forests and the air (until we hit smoky skies from the forest fires) smelled heavenly. And Rufus Wainwright's Oh, What A World came on the ipod. 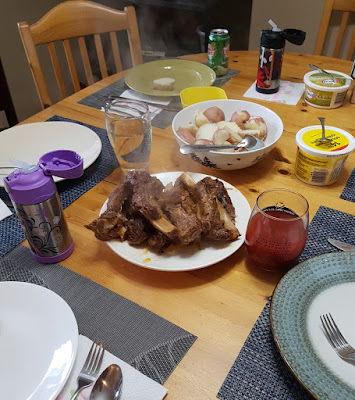