Dammit! Just when I'm getting good at making bread!

Calgarians will soon fork over more dough to buy a loaf of bread as several local bakeries prepare to boost their prices in the face of punishing cost increases.

With soaring global grain prices, bakers have seen their flour expenses grow significantly in the past year.

The situation has led some bakeries to boost the price for their baked goods and stores like Rustic Sour Dough Bakery said Monday they will charge more for bread beginning in late March.

The 17th Avenue bakery's flour costs have more than doubled since last summer, from about $8.60 for a 20-kilogram bag of unbleached white flour to $17.40 per bag today.

"It looks like I will have to bring in an increase," said Jos Rehli, owner of Rustic Sour Dough, who said the increase in white flour alone is costing his business about $2,000 a month. "I can't carry it anymore."

Customers at the Calgary store can expect to pay about 25 cents more for a loaf of $4 bread come late March.

For those who feed a large family, the prospect of rising bread prices can be daunting.

Janet Woods, who buys two loaves of bread a day for a household of five people, said she is worried.

Baking Association of Canada representatives said retail bakers around the country have had to increase bread prices because of flour costs and other rising expenses including energy, cooking oil and even eggs.

"Bread is a staple of the diet," said Paul Hetherington, the president and the chief executive of the association. "There's a concern about the ability of low-income Canadians to accept and accommodate these increases."

The comments come as tight supplies of wheat around the world push the commodity's price to new heights.

Contracts in spring wheat, which is used to make flour, hit a new peak of $25 US a bushel Monday on the Minneapolis Grain Exchange before closing at $24 per bushel -- up $4.75.

Experts say the price increases are the result of a 30-year low of global wheat stocks. The world's five major wheat exporting nations have had production problems, with Australia experiencing near crop failure after a severe drought.

Demand, meanwhile, has been increasing, driven in part by countries such as India and China.

"The prices are very, very high, all around the globe," said Maureen Fitzhenry, a spokesperson with the Canadian Wheat Board.

The board's asking price on the Canadian market Monday was $20.73 a bushel for top quality wheat, compared to about $6 a bushel for the same product one year ago.

The growing wheat and flour costs have led Calgary stores like Lakeview Bakery to consider introducing another price increase for some products next month.

Daren Hinton, general manager of the bakery, said previous price increases haven't hurt sales, noting Calgarians have come to expect growing costs given the city's booming economy. But Hinton said there is a limit to what the market will bear.

On Monday, some shoppers at a northeast grocery store seemed resigned to the rising cost of bread.

"You have no choice, so I'm not going to fret about it," said Ted Noddin, who was leaving the store with a loaf of bread.

Grain prices that are tough on consumers, however, are a boon to farmers, who have struggled with low commodity prices for years.

Edmonton-based Wild Rose Agricultural Producers said grain and oilseed farmers are finally getting a return on their investment after years of "subsistence farming."

JINX!! I just blogged about the rising price of wheat too today!

I found a similar article in a local paper about the same topic, I haven't been able to find a link for just yet. It's frustrating.

I was just talking to a local bakery owner about the price of flour. He was telling me that the bag of flour he normally buys for $10 is now $30.

He is obviously concerned and afraid to raise prices for fear of losing an already reduced number of customers.

It's scary, where does it end?

Yup. A local bagel store that we go to had notices up on their door last month that flour costs had gone up 23% and that they would have no choice but to raise prices. So far I haven't seen it at the grocery store but then maybe I should head out tomorrow and buy half a dozen 10kg bags of flour to keep me going for the next few months.

Am seriously thinking of buying some super-huge sacs of flour the day after next.

Thanks for co-hosting a great challenge.... the tips the two of you provided along the way were incredibly helpful.

Great challenge Sara! I learned so much and the bread was so good!

Thanks for the challenge Sara, I loved it!

Thanks so much for hosting such a great challenge!

It wasn't the best week in my kitchen. 2 recipes that I had such confidence in both completely tanked.  I've had icebox cakes ... 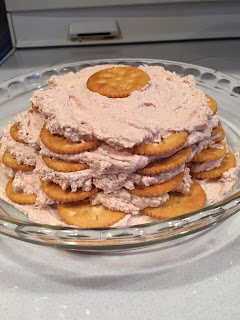