J is for Jamie Oliver. 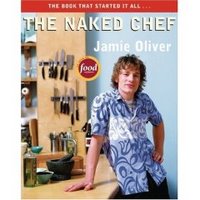 Who: Jamie Oliver
What: Celebrity Chef from England. Began his television career with the "Naked Chef" series in 1998. Author of 7 cookbooks and host of 8 cooking series.
When: Born in 1975 Jamie grew up in the kitchen of his parents pub in Clavering, Essex. He is now married with 2 children.
Where: His shows air in over 40 countries and he has toured doing live cooking shows in the United Kingdom, Australia and New Zealand.
Why: The last few years Jamie has focused his attention on promoting the use of organic ingredients, mentoring young chefs thru his Fifteen charity, and trying to change the meals fed to schoolchildren in lunch programs across the U.K.


Did you know? In 2005, Jamie Oliver was critizied by animal welfare campaigners as well as some members of the public when he slaughtered a lamb on his TV show "Jamie's Great Escape". The scene showed Oliver cutting the animal's throat in the program filmed in Italy. There were calls asking that he be charged with animal cruelty, as the animal was not first stunned as the laws required. 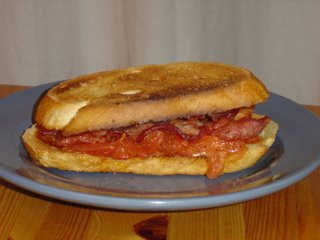 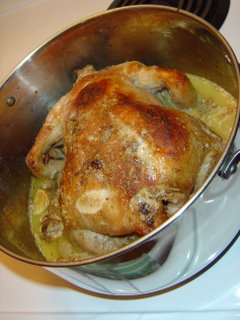 Working thru the alphabet finally got me to try Jamie Oliver's Chicken in Milk, I've had it marked in my book for years. While I didn't think much of the sauce, the chicken is great - flavorful and incredibly moist.


Another recipe of his I've wanted to try for some time are his Orange and Polenta Biscuits. Finally the day came to make them and ... I didn't have enough cornmeal. For certain reasons I had to make the cookies that night, so I went ahead and fudged the recipe. They were delicious, although next time I won't chill the batter. The batter was too stiff and I had to try to mold each lump of cookie dough by hand to try to make the cookies pretty. 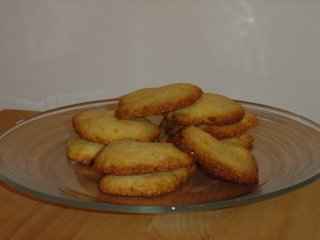 Combine the butter, sugar, polenta and flour together, then mix in the orange zest and eggs. Scoop out teaspoons of the dough onto a parchment lined baking sheet. Bake at 375' for around 6-9 minutes until the outside edges are golden. Remove from the oven and cool on a rack.

Did you also know? Although Oliver has had a huge impact on changing the eating habits of children in the UK and has been lauded by many for his efforts, not everyone is in agreement with him. In September 2006, The Rawmarsh Community School in the UK made headlines after a group of parents revolted against Oliver's change of the school lunch program which meant all children at the school were fed two portions of fruit and three vegetables every day. The parents said "Our kids have the right to eat what they like.". That day for lunch they delivered food bought from nearby fast food restaurants and handed the food over the school fence to the children. Jamie Oliver responded to this by saying "I am tired of these fucking bastards. If they want to kill off their kids, let them do it.".

Previous Alphabet Posts:
A is for Artichoke
B is for Beet
C is for Carrot
D is for Dogs
E is for Egg
F is for Fondue
G is for Garlic
H is for Hamburger
I is for Indian Food
Posted by Sara at Friday, January 05, 2007

No way, he couldn't have said that! But I agree with him but the kids will never learn different.

Thanks for the trivia!

I've been watching him since he was a skinny kid - up until he got way buff and so sexy. I heart Jamie :D

I love Jamie Oliver. I just got my Nake Chef cookbook in the mail.

Peabody - oooh they were good. JO would have approved.

Jenny - thanks to you too!