Q is for Quinoa. 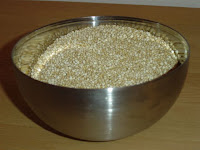 Who: Quinoa
What: Quinoa (pronounced Keen-wah) is a seed, or pseudograin. Although it is an "ancient grain" as it was a staple food of the Incans, it is also called "The Supergrain of The Future".
When: Quinoa originated in South America over 6,000 years ago. The Incans called it "The Mother Grain", although later in history when the Europeans invaded South America they scorned it as an "Indian food".
Where: Quinoa is hearty and easily grown, even in very high elevations.
Why: Quinoa is truly an amazing food. It is a complete protein, as it contains all eight essential amino acids. It contains more protein than any other grain. Quinoa is gluten-free.

Quinoa is cooked like rice and expands to four times the original volume. Its flavor is similar to couscous.

Quinoa can be used in any similar way to rice: in main or side dishes, soups, salads or desserts.

Quinoa is available as a grain, flour, and made into pasta. 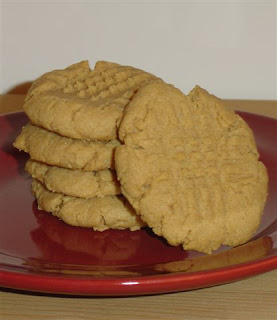 Cream peanut butter and sugar in a stand mixer. Add the eggs and beat until incorporated. Mix in the vanilla, flour and salt. (If the dough is crumbly, squish with your hands). Roll the dough into 24 balls. Flatten each ball on a cookie sheet with the palm of your hand and make criss-cross patterns with a fork. Bake at 350' for 15 minutes. 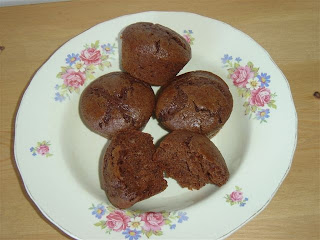 Please drool over these tasty morsels. The recipe for these Quinoa Sour Cream Fudge Cupcakes is here.


You'll notice that I've only cooked with Quinoa flour and not the actual grain or seed. Well it's not for lack to trying! I've been attempting Quinoa recipes for a month now (written before my holiday) but the stupid things won't cook properly; they won't expand! I've tried Quinoa from 4 different stores, I've soaked it, I've toasted it, I've tried cooking in pots, pans and my rice cooker. Nothing. I've officially given up.

Previous Alphabet Posts:
A is for Artichoke
B is for Beet
C is for Carrot
D is for Dogs
E is for Egg
F is for Fondue
G is for Garlic
H is for Hamburger
I is for Indian Food
J is for Jamie Oliver
K is for Kaffir Lime Leaves
L is for Lobster
M is for Mushroom
N is for Noodle
O is for Onion
P is for Pub Food
Posted by Sara at Friday, March 16, 2007

Those look great- I'll add them to this week's Gluten-Free Recipe Roundup on my blog. As for quinoa - Are you cooking it for long enough, with enough water, and then letting it sit and steam after you turn the heat off? I find it always has a little bit of crunch to it, but maybe I'm making it wrong, too!

Everyone is blogging about quinoa. And I STILL have not made any yet, despite a bag I have in my pantry. Gah.

I've not seen the flour though - can this be found easily or is it a specialty item?

I'm sorry the grain hasn't been cooperating with you.. I wonder what the problem is?

Tanna, yes they were both good. The quinoa flour added a dtfferent sort of nutiness.

BTB - thank you, I'll come check it out! I was following direction from various cookbooks, but the last couple of times I made it I did add extra water. It didn't make a difference.

Lis - The flour does cost more than regular flour and came in a much smalled package. I don't know what the problem is, but I don't see Quinoa in my future.

Two words - pressure cooker. I cooked some barley in my pressure cooker (because I was impatient) and it was the plumpest, tenderest barley I have ever had. Bet it works for you.

Sara, I did go through a quinoa phase and did make a cool dish or two. Now I notice a full bag of quinoa in my pantry. I wonder if I can grind it fine enough to become flour and make those peanut butter cookies. I'll keep you posted.

PS I love your alphabet idea. Keep it coming. I can't wait to see what you come up with for x & z.

Sara - Now that you've said quinoa (my friend Suzanne and I learned how to pronounce it in November when going through Thanksgiving recipes) tastes like couscous, I'm interested in trying it. I always mean to make healthy grains to serve as a side, but I hardly ever do it, which is ridiculous because couscous takes no time to prepare. Thanks for the background information and interesting recipes - you really know how to find them, don't you? :-)

Anon - thanks for the tip! I don't have a pressure cooker, but I will keep that in mind.

Ruth - any suggestions that you OR ANYONE has for the last few letters of the alphabet, send them to me! It's getting hard.

Shaun - thanks, and let me know if you have better luck than me with quinoa.

I am a latecomer to your alphabet -- I loved it! I must speak up for quinoa (thanks for the pronunciation tip; here in Keene NH I have to tell people it sounds like 'Keene wa(ter), not key-noah). I sell it and I push it. Better than brown rice, easy to have a whole grain even if you throw a dinner together after a day of work. 1 cup quinoa, 2 cups water, pinch of salt: bring to a boil, reduce to a simmer and cook only 15 minutes -- light and fluffy. Before I got a sieve with fine mesh I had even given up on rinsing it (I do now), and it had none of the legendary off taste. It is unique in taste and appearance, worth the little effort it takes! Hope you'll try again.

PS: I don't think this is suitable for pressure cooking. There would be barely any time savings, and it cooks fast enough that it might just disintegrate.