One of the best things about reading food blogs is discovering new sites. One of my newer finds and all time favorites is the blog at King Arthur Flour, Bakers Banter. Last week I was nearly drooling on the keyboard as I read their post about making Cuban style buns to make Cuban Sandwiches. They looked so amazingly good that I decided right there that I would make the sandwich and the buns.

The recipe makes 6 buns which in turn make 12 sandwiches. Because there are only 2 of us, I didn't follow the ingredient amounts in the sandwich recipe. When I marinated my wee piece of pork tenderloin I fudged the marinade by not measuring. I let the pork marinate all day. 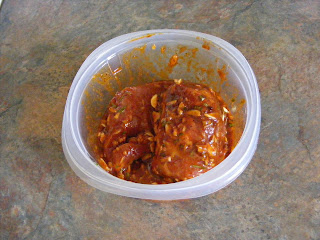 I made the buns in the morning when it was less roastingly hot. As usual I added all the flour, which was not necessary, and had to add some extra water. Also the bun recipe calls for lard, but I used butter. Other than that the dough was fine. 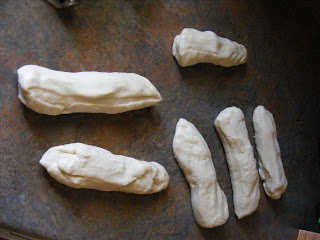 My shaping sort of sucked, but they were all fairly the same size and shape. After their second rise I slashed them and spritzed them with water. 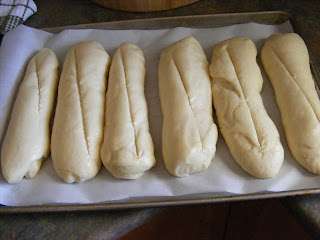 Scott and I argued about when to take the buns out of the oven. I think we could have gone for a little more color, but whatever. 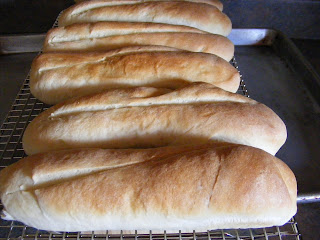 Then at dinner time, when it was almost 40'C in the backyard, it was time to turn on the barbecue! What joy. The pork was cooked and thinly sliced. 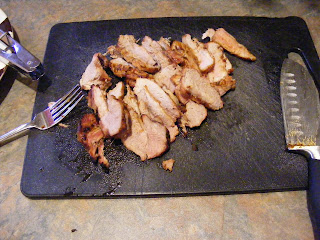 We'd bought some kosher dill pickles and sliced them, along with some swiss cheese. There was ham too. 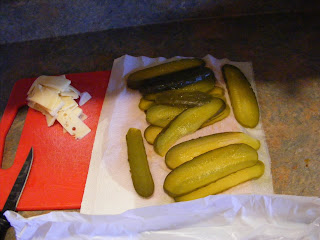 And the sandwich was put together. The recipe calls for your buns to be spread with olive oil, but we used butter. We layered the pork, ham, swiss cheese and pickles on the split buns. 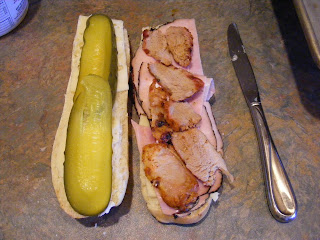 Then we closed up the sandwiches and brushed the outside of the buns with a little more butter. We heated our pan over medium heat, then added the sandwiches, turned the heat down (my stove is very very finicky), placed a piece of foil over the sandwiches, and put my heaviest pot on top. I pushed down on the pot slightly to press the sandwiches. 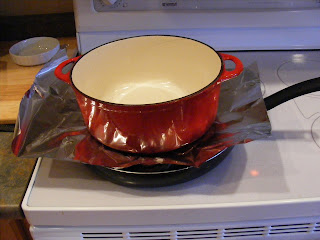 They cooked until they were nice and brown on the bottom, then we flipped 'em and repeated. 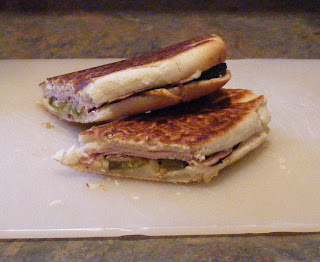 Bad picture, but still doesn't that look amazing? And so filling. I didn't think a half sandwich would be enough for me, but I barely finished it. Scott ate a whole one, but said afterwards it was almost too much. The best part came 2 days later when I took the other half of my sandwich to work for lunch. I ate it cold and oh man, it was even better! Next time I will make 3 or 4 sandwiches so they'll be lots of leftovers. 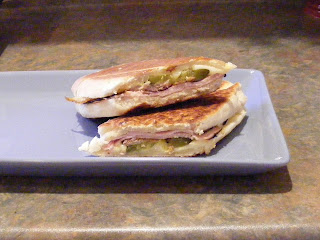 VERY nice job, Sara - I agree about the leftovers, too. I made the full six and my husband and I enjoyed them for lunch and dinner for 3 days while we were on a car trip! Just stuck 'em in the cooler... Thanks for the link - PJ Hamel, King Arthur Flour blogger/baker

I totally want one of those right now! They look amazing!

Boy, my friends are going to love you!!

Your corruption to the dark side of yeast is now complete. You are now a yeast Jedi Master!!

I have those bookmarked to make as I have a bunch of pork in my freezer that needs to be used.

That sandwhich looks incredible. I want one for dinner now.

When we were in Cuba this is the only sandwich available..so wjhen I think of a Cuban sandwich this is what I think of. You went the extra mile and made the buns too:D

I trying my best to learn how to cook (decent meals :-) thanks for sharing your ideas. Busby SEO challenge

I have FOREVER wanted to make cuban sandwiches ever since I saw a FoodTV special featuring them.. these look EVEN BETTER than I saw on that show.

I love how you made your own buns.. :D