The Fam gave me this magazine for Christmas or Valentines, and normally I'm not a fan of these special magazines that cost so much (12.99!) BUT this one is a real winner.  We've tried 7 recipes so far and are just getting started. 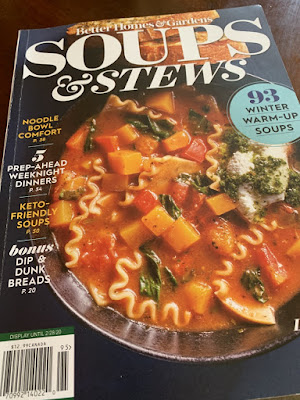 The first one I made was the Bolognese Soup.  This recipe alone was worth the price of the magazine.  So good. 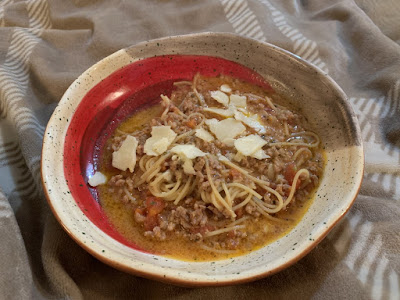 We made the Creamy Thai Sweet Potato Soup in the crock pot, and served it with Pesto Foldover Sticks. 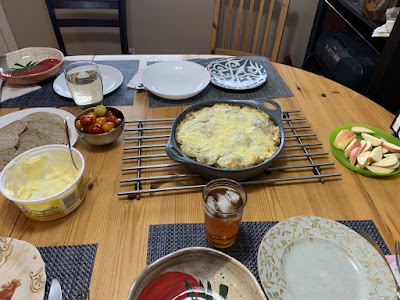 Chicken Cordon Bleu Soup was my second top pick, after the Bolognese soup.  Omit the croutons and it is a super soup (heeeeee). 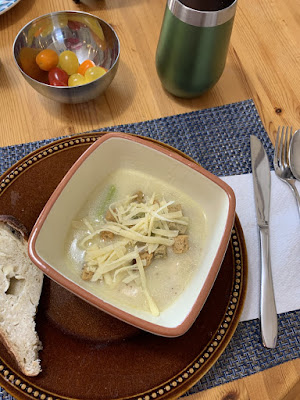 The White Chicken Chili was pretty good, of course the kids hated it, so there were a lot of leftovers.  Also hated by the kids but enjoyed by the adults was the Red Beans and Rice Soup with Cajun Chicken.  At least that one they picked the chicken and sausage out while telling me how much they didn't like it. 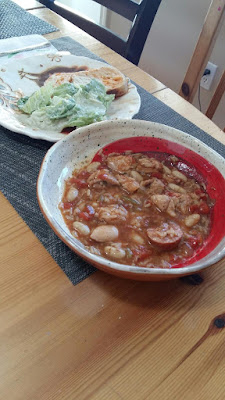