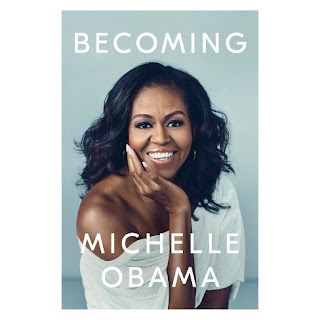 Since stepping reluctantly into public life, I've been held up as the most powerful woman in the world and taken down as an "angry black woman.".  I've wanted to ask my detractors which part of that phrase matters to them the most - is it "angry" or "black" or "woman"?

He was asking for forgiveness.  He was saying goodbye.

When they go low, we go high.

And I will always wonder about what led so many women, in particular,  to reject an exceptionally qualified female candidate and instead chose a misogynist as their president.
Posted by Sara at Friday, June 07, 2019