interesting things at the grocery store

I stopped by FreshCo last week; this store emerged from the renovation of the Sahali Safeway location last year.  They are more no-frills than some other grocery stores but they carry a very good selection of International foods, which is fun.  I stopped in to pick up some milk and came out with - 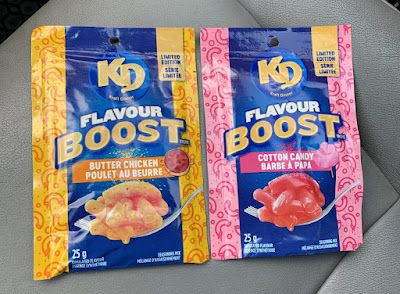 KD Flavour Boosts - I saw these online somewhere and I really thought it was a joke.  It's not!  The store had 3 flavours - Butter Chicken, Cotton Candy and Jalapeno.  The display said there are also  ghost pepper, poutine and buffalo wing flavours.

The kids were excited about the cotton candy one, but when I offered to make them mac and cheese with it on the weekend, they both screamed no at me.  We haven't tried either yet. 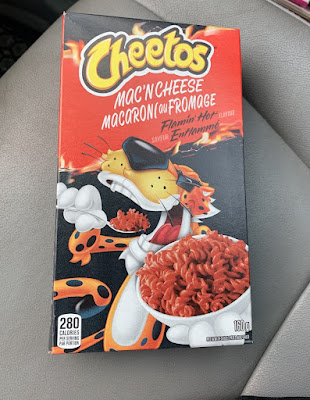 Cheetos Flamin' Hot Mac n Cheese.  I bought this more as a joke for The Mister, as neither kid likes spicy food. 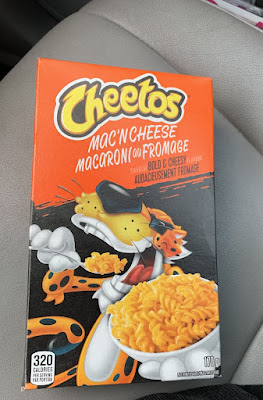 Cheetos Mac N Cheese - this one's for the children, as they both like Cheetos.  They tried it.  The Boy thought it was fine.  The Girl did not like it at all.  I had to finish the leftovers for lunch a few days later.  It was fine, but a terrifying color.  It made me think of something I'd seen on Tik Tok about the vaccine - if you eat processed foods (and truly, who does not?) you don't need to worry about what's in the vaccine.  This would be one of those foods.  That color is not found in nature. 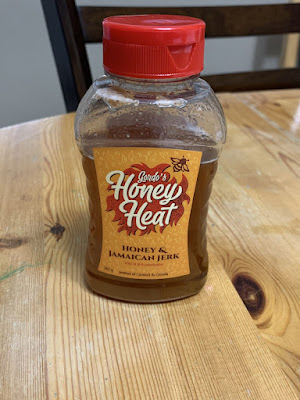 I bought this hot honey from Fresh Street Market and I was underwhelmed by it at first - you have to be a bit heavy handed with it to get the jerk flavors, but when you do - delicious! 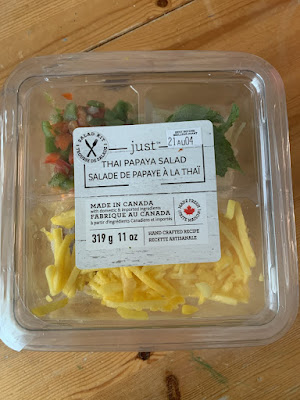 I have long wanted to try green papaya salad but haven't had the chance yet.  I picked this up from Costco a couple of days ago.  It's not quite what I wanted but looks good.  How can you go wrong with mango and veggies? 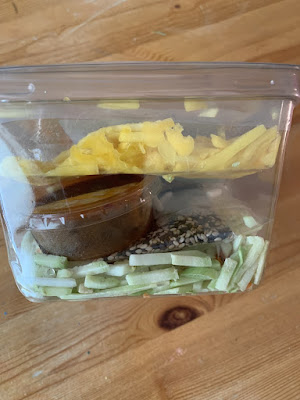 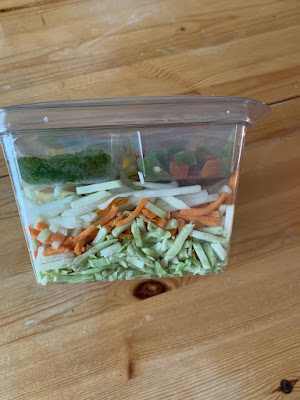