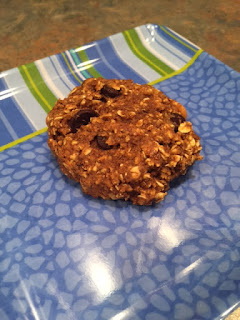 My god, how much puree is IN one of those big cans of pumpkin puree????

After the 2 types of muffins, I still had some puree left, so I made these
Healthy Pumpkin Chocolate Oatmeal Cookies.  I had to leave out the dried
cranberries so The Mister would eat them.  Guess how many he's eaten?????
ONE.  I should have just left them in.

I STILL had some damn puree left over.  WTF.  It was truly like a never-ending can of the stuff.
I was going to throw it in a smoothie, which really did not sound appealing, so instead I made a
batch of pancakes for Sunday breakfast.  We use pancake mix sometimes; the kind that you just
add water to.  I added the puree and some vanilla, cinnamon, cloves and nutmeg.
They were really really good.

And thank god, the can was finally empty. 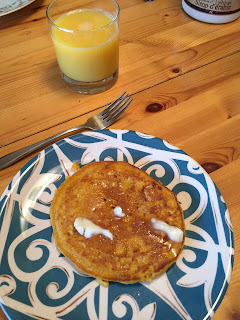