All right, now none of these photos are pretty, but you should be used to that on this here blog by now.

I used to have a weakness for sausage rolls - at a previous job there was a deli in the bottom of our building and a co-worker and I would split one every couple of months or so. Side of mustard, please.

After I left that job I never really gave them much thought, but a few months ago I was rummaging in the freezer for something and found a pack of ground pork I'd bought while pregnant expressly for the purpose of making sausage rolls. I found my Jamie Oliver recipe and got to work.

Now the recipe calls for sausage meat and I had pork, so I just jeujed it up a little more. Then I did a piss poor job of rolling out the dough, and laid the filling down the middle. 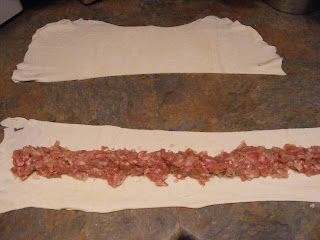 Rolled them up and cut into lengths. Brushed them with egg wash. 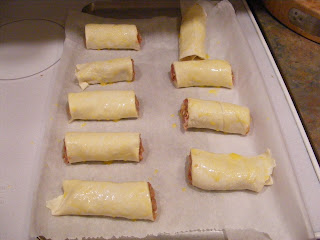 And bake until golden and cooked through. 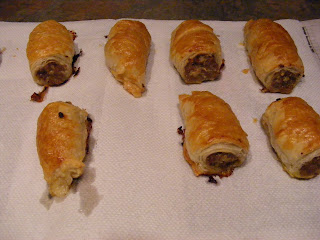 These are DELICIOUS, probably the best sausage roll I've ever had. Give 'em a try. 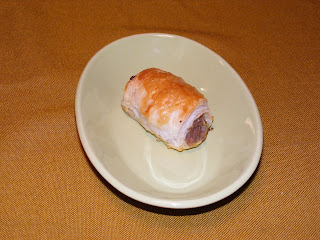