It's end of the month time and that means it's time for this months bread from our Bread Baking Babes. This month Monique of Living on bread and water chose our bread, and she chose a bread from the Friesland area of Holland. It's called Sukerbolle, or Sugarbread in English. It's a sweet bread with ginger syrup and sugar lumps mixed in. Doesn't that sound good?

Guess what? It is! I had to make a couple of changes as some ingredients are not sold here, but I think that my bread is not too far off the original. Here's the recipe from Monique.

I couldn't find ginger syrup and ran out of time to try to make my own before our holiday, so I subbed ginger marmalade instead. I also used instant yeast instead of fresh, and used bashed up sugar cubes instead of sugar grains. 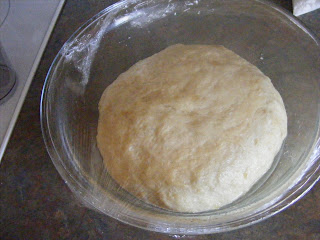 After the dough had risen it was time to mix in the cinnamon and sugar. It basically rips apart your pretty dough, but soldier on. It's what has to happen. Make sure you grease the hell out of your pan, this gets sticky. 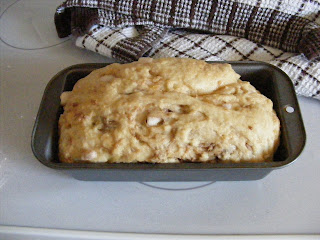 Let the bread cool for a while in the tin after baking. You don't want to be burned by the hot sugar. Like I was. 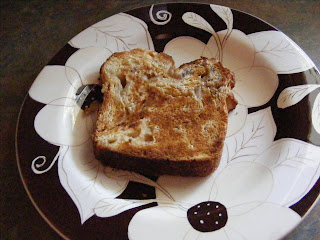 This bread was really fun and tasted fantastic. Most of the sugar melted into the bread, and I loved the faint ginger taste the marmalade left behind. This is a perfect breakfast bread, and I've decided there's a good chance this will appear on our breakfast table Christmas morning.

Check out the rest of the Babes (listed over on the right) and see how they did with the bread. Cheers!
Posted by Sara at Monday, September 29, 2008

Fantastic bread Sara, lovely how the sugar peeps out of the dough. Mmmm and toasted it looks terrific too!!!

It looks so good toasted! Yeah, Christmas morning, you said something there!

!!! Ginger marmalade !!! How logical!!! Dang why didn't I think of that! That was a cool sub there Sara!
It is a perfect Christmas bread!
Wishing I had a slice of yours, looks so good.

Thanks guys! And thanks again to Monique for choosing a super bread.

And thanks BV, it's good to be back!

Monique - I know! I promise to listen better next time. :)